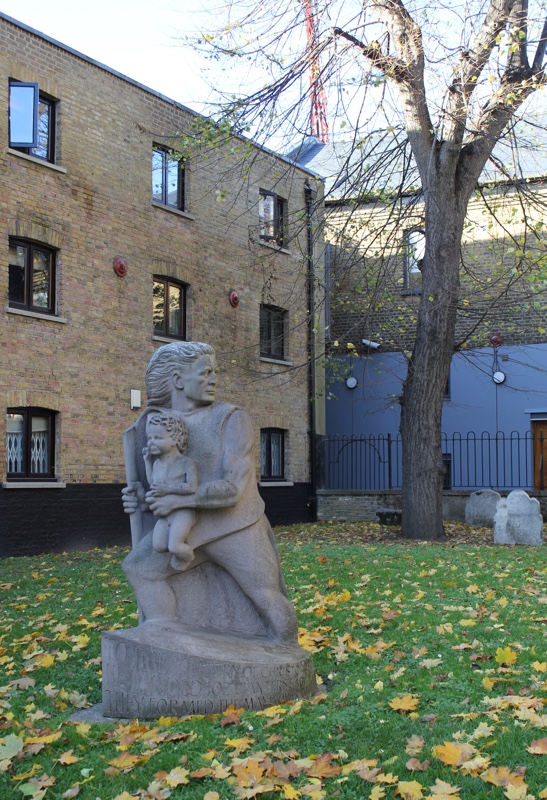 The statue of Christopher Jones in St. Mary’s Churchyard

The inscription around the base reads: “To the memory of Christopher Jones 1570 – 1622, master of the Mayflower. He landed 102 planters & adventurers at Plymouth Massachusetts 21.Dec.1620. They formed the Mayflower Compact & the first permanent colony in New England.”

While Jones looks back at England, the child in his arms looks ahead to the New World. Source: London Remembers.